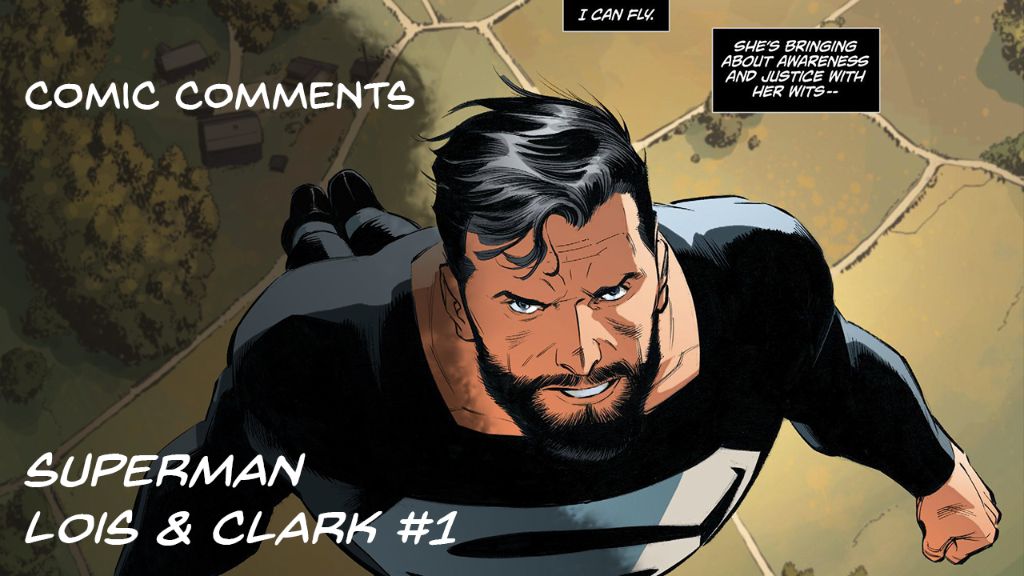 Previous Comic Knowledge Required: For this to really make sense you need to know about Convergence. This was DC’s latest universe rebooting event, it brought together heroes from various universes some of which didn’t make it out.

Basic Synopsis: After helping fix the multiverse, Clark and Lois from a destroyed reality find themselves on Earth Prime, with a much younger version of the justice league. Having finally had a child while Clark was unpowered during convergence, they decided to stay hidden and led a quiet life…because that always works.

My Thoughts: This is an interesting little idea, basically this Superman is from a reality where the timeline is further along and the opener for the issue shows that by having him in the background of the battle against Darkseid ready to step in if the Justice League not been able to handle him. They obviously were and Superman returns home to Lois & their child Jonathan.

The story then picks up at the current day (in the timeline of the DCU) where Jonathan is now in school.  They seem to have done a fine job of staying hidden, but you just knew they wouldn’t be able to completely leave things alone. you very quickly learn that they have been subtly trying to use their knowledge to help influence things in this reality.

Clark has been off helping deal with certain disasters, even from the sounds of things helping stop certain super villains before they emerge. Lois on the other hand has stuck to writing under a pseudonym, writing books on important issues at key times to help raise awareness of them and help steer the discussion. This is a great conceit as it explains away instantly why certain things have or have not happened where they did before within the New 52.

The issue wraps up with Lois meeting her publisher, to pass on her latest book about an old Superman enemy group known as InterGang, while Clark himself is off dealing with the crash of the Excalibur, which before resulted in the creation of Cyborg Superman – but leaves both parts on a cliffhanger. Meanwhile Jonathan gets himself sent to the headmaster’s office at school, as he seems to be distracted by a news broadcast – the one about the incident Clark is dealing with – could he have already worked out his Dad’s secret?

Recommendation: I would say this is one worth buying, as it has a few angles to take the story. First there is the will they be discovered aspect, plus the why is this Superman still powered while the main one is not – But the big one for me is Jonathan, he is after all the offspring of Superman, will this come into play?