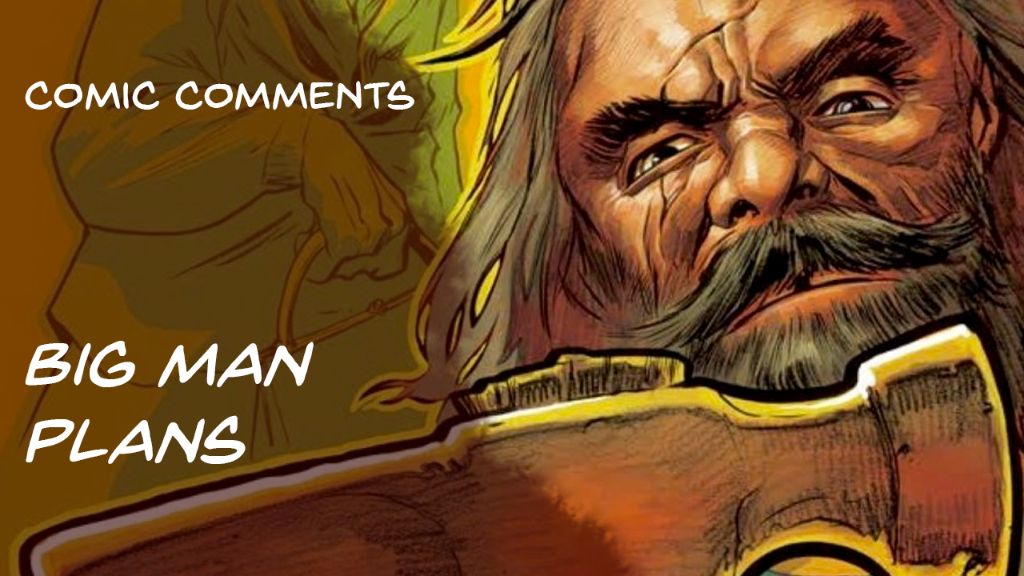 Basic Synopsis: At its heart this is a dark tale of revenge, proving that nobody should be underestimated when they have been pushed too far.

My Thoughts: When I started reading this series, I had no idea what it was about.

I was pulled in by the cover of the first issue that shows ‘Big Man’ on the cover in military gear with a machete and a necklace of body parts. That was a good sign that this was going to be very different to most of my normal reading list that is heavily superhero based.

I was rewarded for my curiosity with one of the most interesting and dark little tales I have read in while. Hell, you know you are in for an interesting run when you see how he tips the barman that was taking the piss out of him for being a little man, and that shit happens within the first 5 pages of issue one.

Despite never actually learning Big Man’s actual name the series does an incredibly good job of filling you in on his backstory, keying you in to everything you need to know, to understand exactly how he got to the point where towards the end he is scalping his home town sheriff. While the violence is gruesome, he not is truly evil. Nobody who receives his sadistic brand of vengeance is undeserving, and even the parts of the story where he is sparing people carry weight in a wonderful way.

The ending does leave it open for Big Man to return in another series at a later date and as long as the writing stays as solid I am in now way opposed to that, but would be equally as happy to see this be a one and done series.

Recommendation: Grab a copy of this at some point, its well worth a read