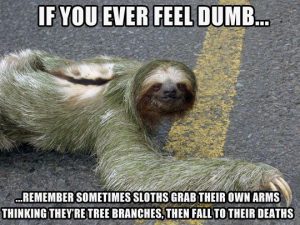 I am sorry Gow, It was too amusing not to leave that failed start in there.

Aside from misunderstanding on the nature of time, we added a bit more to the confusion mix by having a randomiser control the order of the stories.

Having taken the recording to fortnightly however this left us with a bumper of stories from the Steam Boxes to Playstation Now, World of Warcraft to the Wii U and even some news about the removal of the Online Restriction from SimCity.

Anyway all that and much more in this episode of the Drinky Talky Thingy.

For those who had trouble with iTunes or an android device you can now download the podcast from Stitcher http://www.stitcher.com/podcast/8bit-alliance/the-drinky-talky-thingy?refid=stpr or any of the following sources

We also welcome your contact about anything you want to talk to us about – From suggestions for stories to recommendations for mid podcast songs, Hell you can even just hurl insults at us if you so wish. Below is a list of the ways you can contact us. Send us a sound clip and we will even bung it in the show.

You can even if you so wish buy us gifts of beers and sweeties via our Amazon wishlist, doing so will make you the sponsor of that show and as a result we will say almost anything you ask us to during the show. Amazon.co.uk: Drinky Talky Thing

Microsoft working with Comcast on Xbox One Wi-Fi issue

World of Warcraft player hits level 80 without picking a faction

EA loses third wave of studio leaders in a week

Another one bites the dust: EA VP Jeff Brown departs

Nintendo has to pay royalties for every 3DS sold

Evolve: What The Original Left 4 Dead Team Did Next

Telltale would love the chance to make a James Bond game

Xi3 Piston is not a Steam Machine because Windows is king

Adoption! 20 percent of recent Twitch streams are on PS4

At Last! Maxis Are Adding An Offline Mode To SimCity

PlayStation 4 owners get Outlast free with PS Plus

The Last of Us leads DICE awards show with 13 nominations

Here’s a picture of a horse dressed as Mario

How to score huge in Resogun

Gone Home is 100% improved with the Gun Home DLC – Destructoid

Playing Call of Duty with the Gamertag ‘Xbox Sign Out’

Here’s the latest from The Witch and the Hundred Knight

10 things you need to know about PlayStation Now

Songs used in this episode

Title music Drunken Sailor by Doctor Octoroc used with permission. Check out more of his music over at http://www.doctoroctoroc.com/– Do it now!