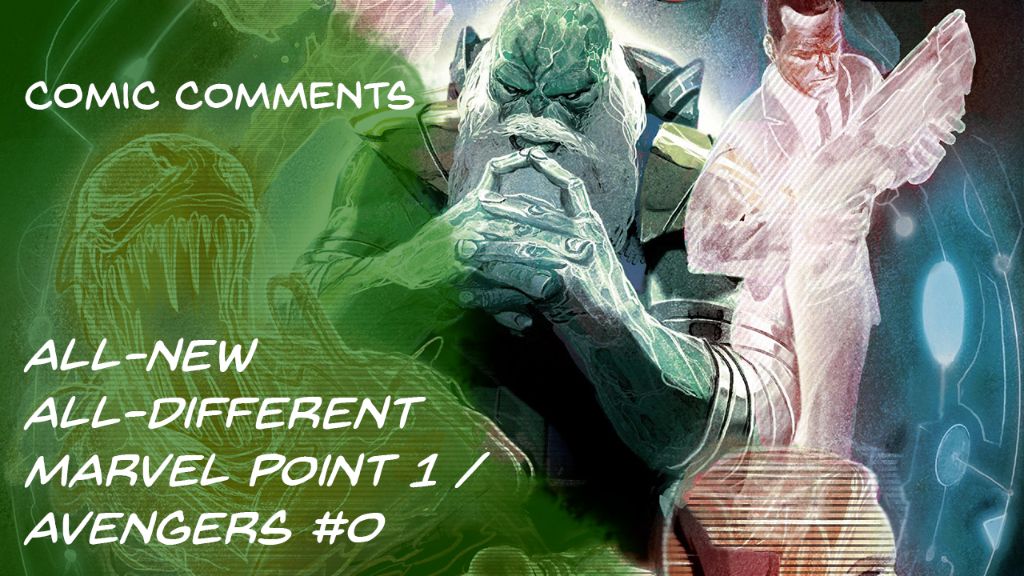 Previous Comic Knowledge Required: Not a lot really – Basically all you need to know for this is that Secret Wars has happened and resulted in a soft reboot of the Marvel Comic Universe

Basic Synopsis: Both of these issues are intended to give you an overview of the upcoming titles in the All-New All-Different Marvel, coming out of Secret Wars.

My Thoughts: I basically only read these only out of a strange curiosity about what exactly they were going to be pushing in these comics.

I kinda liked how they at least made an effort to try to wrap a small story around these, even if they were crap it at least was a little better than just giving previews I guess

Marvel Point One was not terrible, focusing around the Maestro (A version of the Hulk from an alternative future, where he was a malevolent dictator) who was basically picking his Roster for the comic version of the iPhone game ‘Conquest of Champions’.

The comics previewed in this one were

Avengers #0 was the worst of the two, Basically it was a preview for the SIX Avengers series that will be ongoing

Recommendation: Dont Bother – it’s basically a sales pitch for the other #1 issues